What the Initial Data Will—and Won’t—Reveal
Launched on April 1, 2016, the Comprehensive Care for Joint Replacement (CJR) model is the first mandatory bundled payment program from CMS. Affecting more than 750 hospitals in 67 markets, CJR creates a host of new challenges and opportunities for participants. To ensure that they are getting the most from the initial CJR data feeds from CMS, hospitals must understand what can and cannot be measured, and take steps now to address any issues.

Over the last few months, hospitals participating in CJR have had the opportunity to review their 2012 to 2014 baseline data. This data set provides an important comparison point, as it comprises two-thirds of participants’ initial targets and affords insight on a number of measures, including how often patients were discharged without requiring postacute institutional care, as well as infection and revision rates. However, participants should remember to take into account any changes in their care paths and joint replacement surgeons that occurred after this time period.

What to Expect from the First CJR Data Feed
Accurate Patient Identification is Critical, Yet Challenging
Hospitals are eagerly awaiting the first round of performance period data, due to be disseminated by CMS shortly after the end of the first quarter of the program. The first CJR data feed will chiefly serve to indicate how well the system is able to identify attributed patients. Participants should analyze these data to determine which patients were missed and, conversely, which patients were identified as participating in the program who should not have been included.

It is critical, yet challenging, to properly identify CJR patients and include them in discharge planning, follow-up, and the required beneficiary notification. Ideally, this process should begin prior to or at admission. Factors that can hinder accurate identification include: 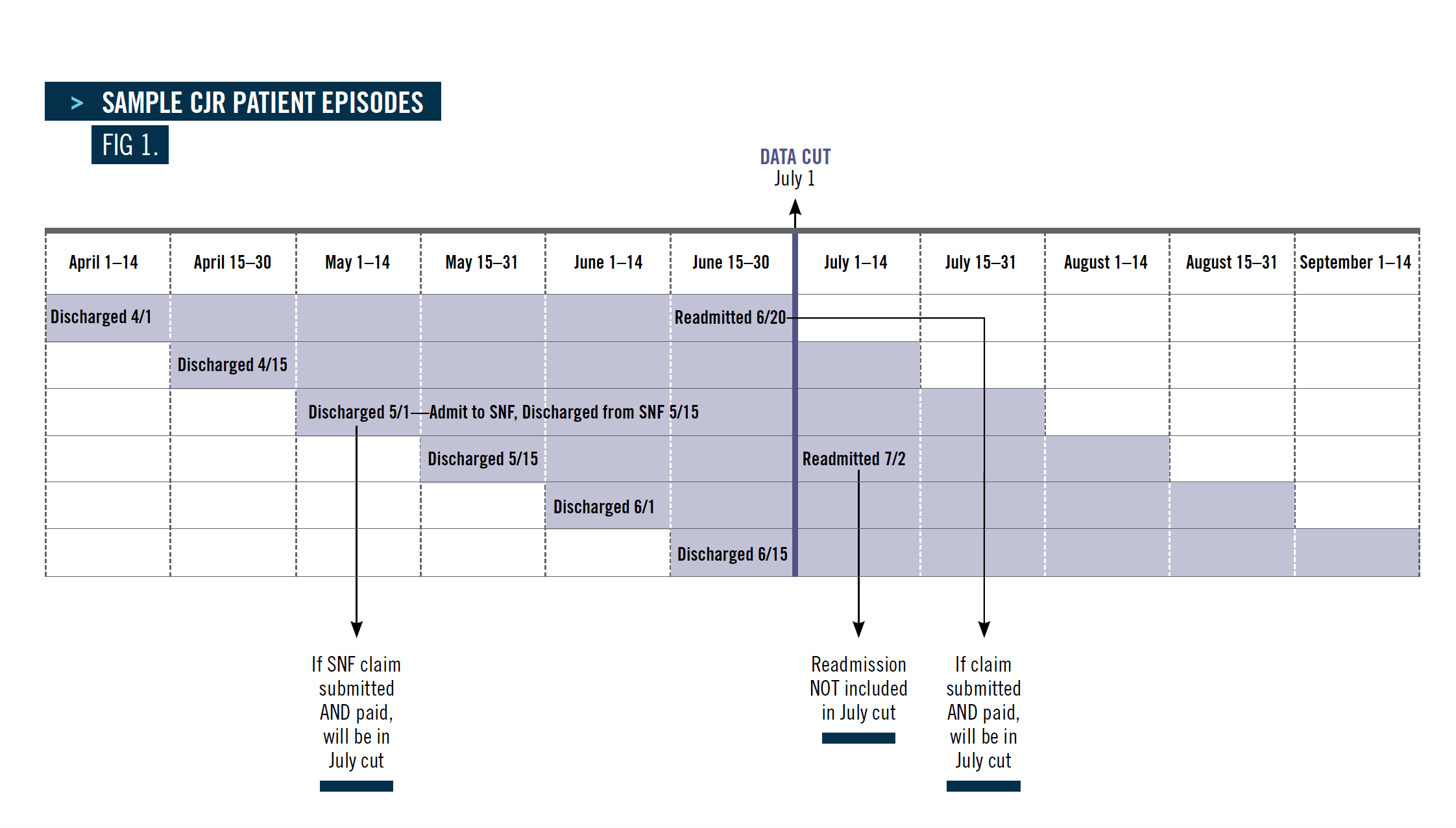 DataGen’s Vice President and Chief of Healthcare Data Analytics, Kelly Price, was featured in an article in AJMC.com. To read more of this story, please go to AJMC.com